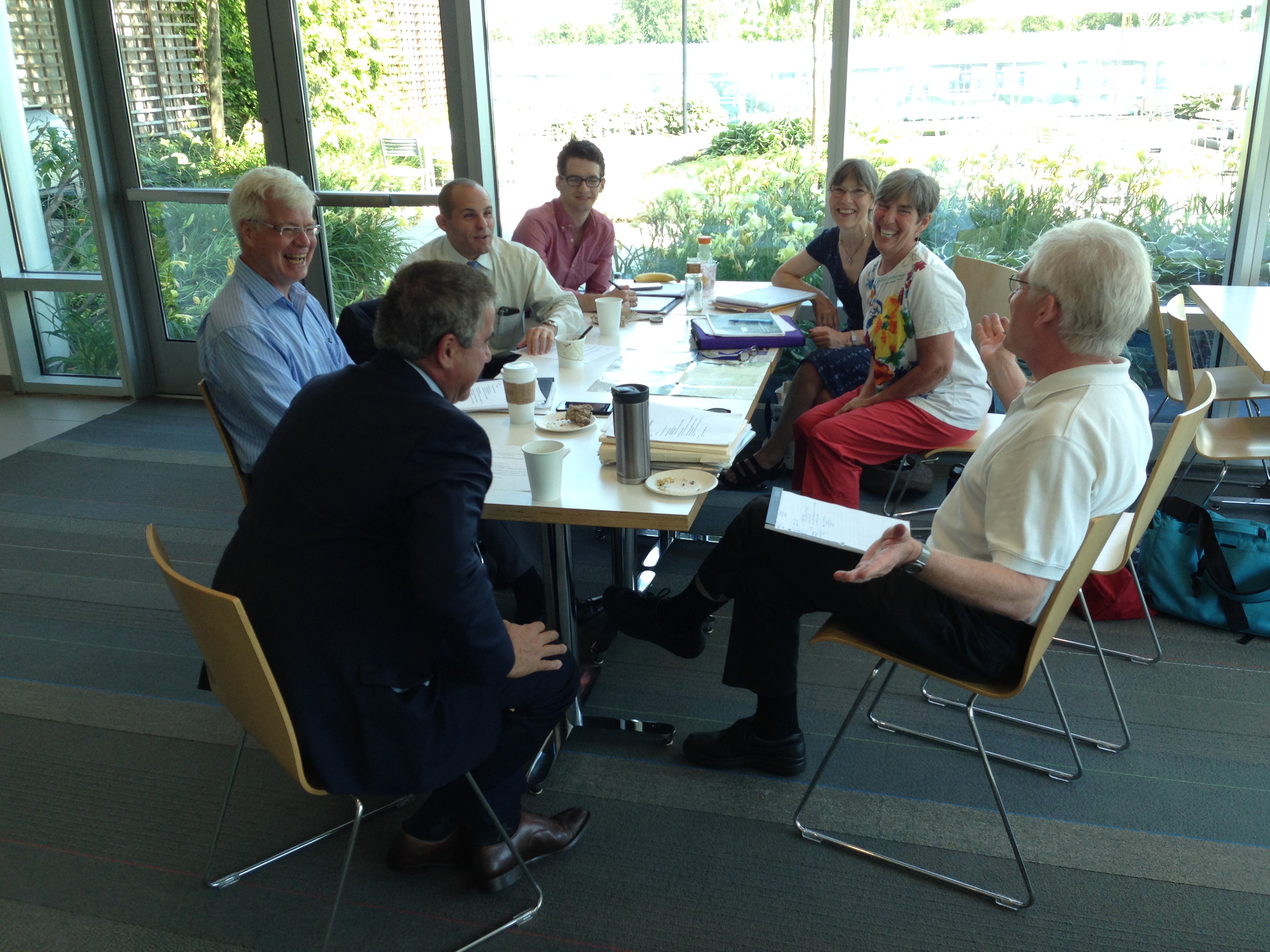 For more than a century, a ribbon of shallow water has connected the Mystic River to downtown Malden.  That riparian finger, straightened by the demands of the heavy industry that once lined its shores – tanneries, rubber works, aircraft engine manufacturers, chemical plants, coal tar refiners – has long given rise to minor local humor.

Asked for directions to the Malden River, a city resident is heard to reply: “I didn’t even know Malden had a river—where did it go?”

But this sad comedy is itself becoming history, now that the Friends of the Malden River is under full sail.  This volunteer organization, which turns three this fall, is helping to put the Malden River back onto the map both geographically and politically.

The Friends came into being as a result of pent-up local interest in preserving, protecting and enjoying the two-mile long portion of the river that hasn’t been culverted.  Propelled and steered by MyRWA, with help from a Tufts graduate-student Practicum in spring 2013, FoMR has become a full-fledged citizens advocacy group that’s developed a full complement of strategies designed to ensure that the Malden River is not forgotten again.

And that’s great news.  The tri-city area surrounding the Malden—which had meandered between Medford and Everett before being dredged into an industrial canal more than a hundred years ago—is facing a barrage of changes that are bound to affect both the ecological health of the river and its availability as a public recreational and conservation resource.

Particularly critical is new development along its banks, the construction of segments of a much-needed multi-use pathway that it is hoped eventually will embrace the entire riverbank, a proposed minor league baseball stadium at the river’s “headwaters” (that is, the point just south of downtown Malden where it emerges after more than two miles of underground travel starting at Ell Pond in Melrose), the prime, undeveloped former GE site in Everett, and—the gorilla in the room—the proposed Wynn casino, which is to be constructed just below the Amelia Earhart Dam, right around the corner from the mouth of the Malden.  The Wynn casino, once built (as most expect it to be), will have a profound and long-lasting impact on economic development in the area around the Malden River, particularly on the Everett side. 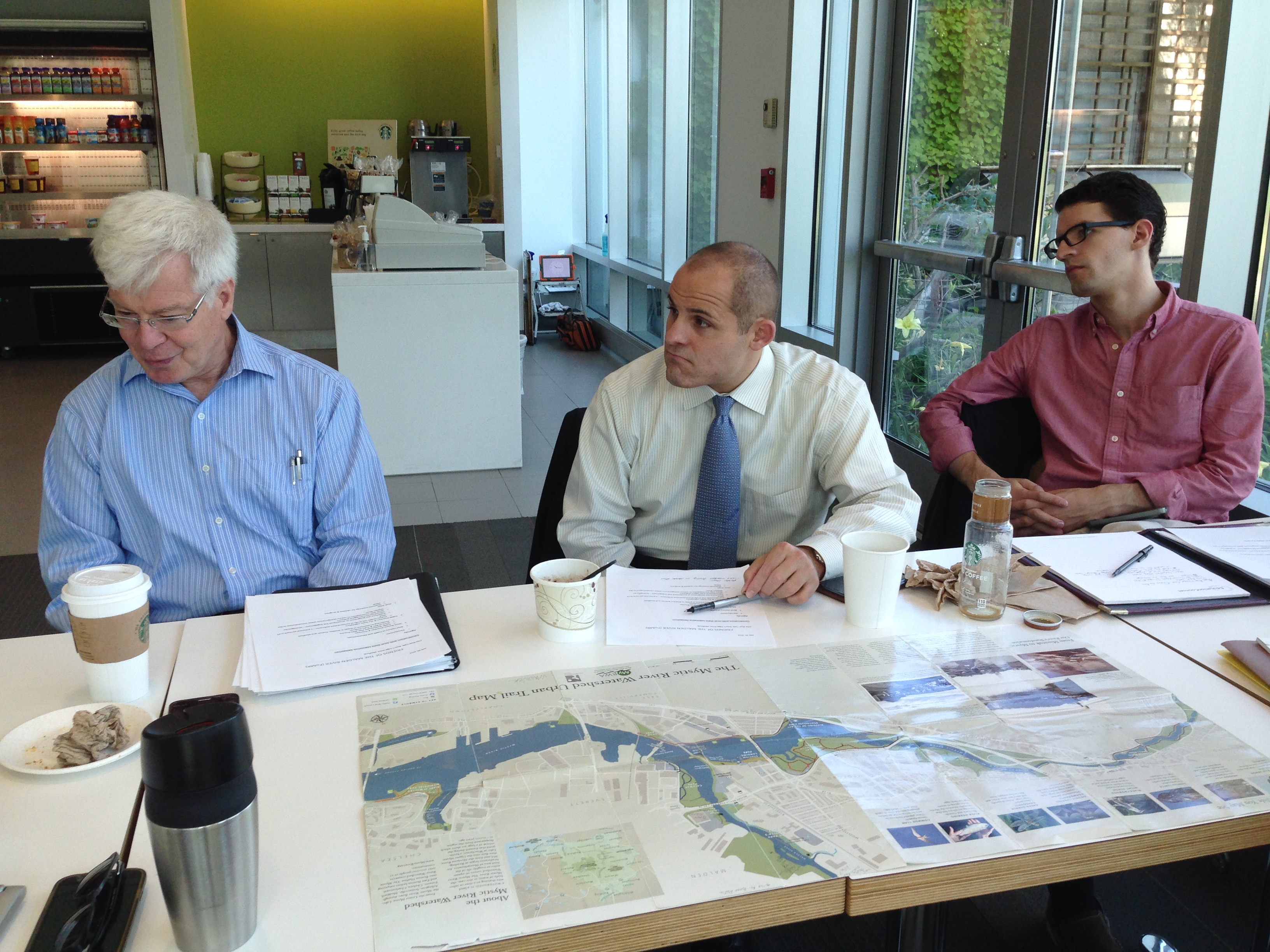 Enter the river’s new Friends.  FoMR, as it’s known acronymically, meets nearly every month, and has attracted dozens to its gatherings and events.  The most recent one, which drew nearly 50 local residents of all ages and filled the Maccario Room at the Malden Public Library, engaged in a close review of a draft Public Involvement Plan (a “PIP”) presenting ways in which Honeywell International, a former owner of a contaminated industrial parcel at 378 Commercial Street in Malden, plans to clean up the site, while protecting the public and its river.  The Friends also have met with key municipal and state officials from the three cities, and have participated in a public forum and training session coordinated by the nonprofit Toxics Action Center.  This training is helping to guide the Friends’ future initiatives.  Last spring, a second Tufts graduate student team researched two key questions: the extent to which river protection increases neighboring property values, and how to develop an initial methodology to study potential health risk posed by contaminated river sediments.   Six graduate and undergraduates from MIT also completed projects looking at aspects of the river.

The big challenge going forward is to maintain public awareness of and interest in the Malden River, while advancing central goals: engaging political actors at all levels, addressing stormwater runoff and leaking sewer pipes, holding off inconsistent development plans, and, perhaps most important, addressing the issue of the contaminated river bed.  Here, issues of risk and remediation will need focused attention over many years.

But beyond this lies something even more vital—developing a vision of the kind of resource the Malden River could be for the people who live in Everett, Malden and Medford—the ones who used to say “Malden has a river?  I had no idea.” —Rusty Russell