By Bonnie Blanchard and Jennifer McClain 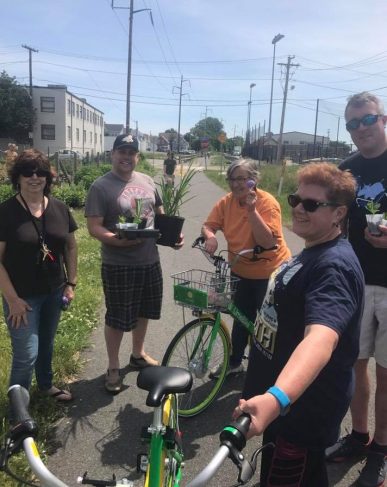 After such a long sloggy winter, it was delightful to bike to the Malden Community Garden on the Bike Path on Saturday, June 9, for the 13th annual FOOGI (Friends of Oak Grove, Inc) Plant Swap.  Although the season had just kicked off, many in the community garden community had tried and true tested varieties ready to swap. Not only were there the plants themselves but the advice to go with them. And not just plants but bulbs, roots, seeds and more.

Many participants were armed with a myriad of plants, books, and miscellaneous garden items. The granite stone wall of the garden was soon lined with all manner of great garden paraphernalia. The signs separating the items for swapping were labeled: Sun, Part Sun, Shade, Veggies and Herb, and Miscellaneous Garden Items. This allowed everyone to pick what they needed based on what they had room and sun for.

The gardens themselves were also open for everyone to get a glimpse. A delightful children’s “Vegetable Soup Garden” was designed and constructed by Julie Mangan; it is one of the first  raised beds  viewers walked through. The strawberries were already plump and red in many gardens. A few plots down, Tibetan flags waved in the breeze. 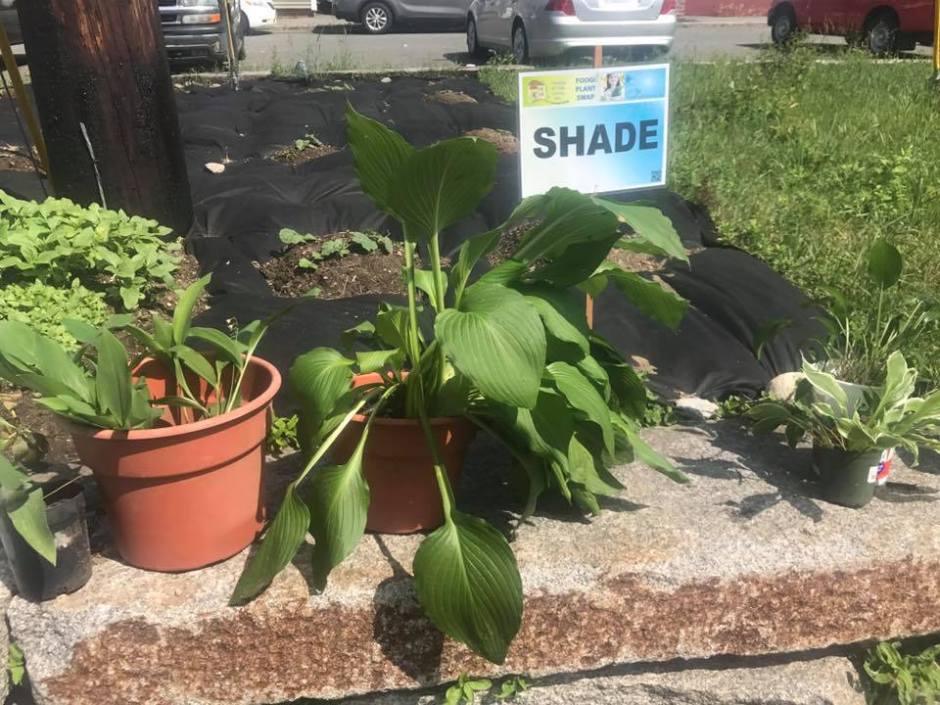 The garden plots were chock full of all manner of plantings, from tomatoes to cucumbers, squashes, and eggplants among other vegetables. A variety of planting methods were also on display from mounding cucumbers under landscape cloth laid side by side to those using composting methods. There was something to learn for first-time gardeners and plenty to share with those that already had a green thumb.

This year was also the first  with outside gardens accessible to those walking or riding on the bike trail. The herb garden constructed in the last weekend was being cleaned by Sue Cushing, one of the constructors. All are welcome to take from the outside gardens.

The Plant Swap was the perfect opportunity to trade gardening tricks and techniques. One such conversation was between Jose Mendes and Cordelia Tierno. She was delighted with her swap of a contained geranium inside of a wine bottle and was curious as to how it was created. Jose told her, “I just dropped those in there and they took root.” “Really,” she exclaimed. “Well, sometimes I have to use a skewer stick to get it embedded but not always.”

This was FOOGI’s first event of the summer, as they had to reschedule the “Pawrade” earlier this summer. They were very happy by the turnout of young and old, dog and human, for this event. Karen Colon Hayes of FOOGI said to stay posted, “Pawrade will still happen. We just need to find a weekend. It’s so busy these days in Malden!”

Many enjoyed the beautiful day of sunshine and gardening camaraderie. Nobody left empty handed and all seemed pleased with their new bounty. 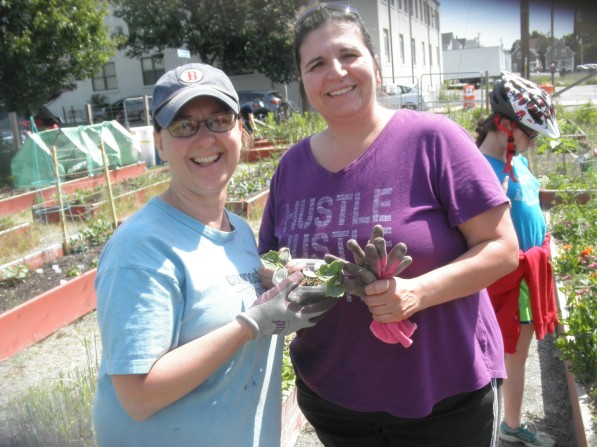 Line up of plant offerings on granite wall. 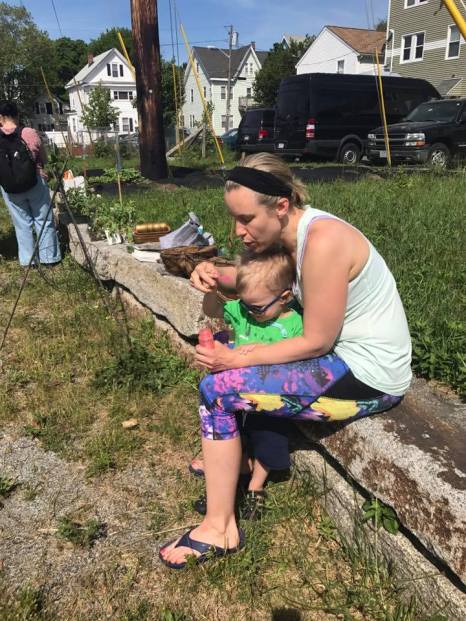