On the eve of the 2018 Autumnal Equinox during the mystical moment of twilight, two launch boats from the Gentle Giants Rowing Club (GGRC), towed 10 canoes from the Blessing of the Bay up the Malden River. Aboard were Pastor Edwin Menon of Highrock Malden Church and his wife, Kelsey Menon. They were preparing for what would be one of the largest community cleanups in Malden River’s recent history on the next day.

The mostly obedient canoes snaked behind the motor boats as Rich Whelan of GGRC  told stories of his youth teams traversing  the Mystic River and the Malden River. The return trip to the Blessing of the Bay Boathouse was under a waxing gibbous moon and guided by city lights. At the end of the ride, Menon said, “Now, I really know why you love this river.”

By 8:15 a.m., Sept. 22, more than 71 people mingled in the parking lot of 188 Commercial St. in Malden. The group was organized by the Menons. First, the Friends of the Malden River (FoMR), Mayor Gary Christenson and Councilor Ryan O’Malley welcomed the participants, who included Malden High School and Malden Catholic students.

“I appreciate the incredible opportunity we have to beautify the Malden River and make it more accessible to the public as a green space,” said Jennelle Devits of Ward 2. “I think the Malden River provides avenues for recreational activity that benefits all populations, whether biking, walking, rowing or otherwise and if we can commit to making it publicly accessible, it can be a wonderful common area.  The history of the Malden River runs deep in our City with respect to industry and transportation and I would love to see Malden and the abutting property owners take the lead on re-mediating the banks and sites and following through on its promise.”

Then the group was unleashed to begin the cleanup.  During the  event, about 100 people contributed their time, their laughter, and their huge efforts to restore our Malden River back to its natural state.

“No, I have never actually been to the river before so it was really fun going out,” said Malden High School sophomore, Yasmin Alayan said. “And I’ve never been in a canoe so having the chance to help out Malden while checking something off my bucket list was great.”

Alayan came to the river cleanup with other members of the Key Club in respect of the Malden community she loves. Alayan noted, “that there was a lot of trash in it and the fact that it was mostly bottles. So I think something the city can invest in is more public recycling bins because all of the bottles people are throwing in the streets are ending up in the river.”

Renee Hoekstra, an avid paddleboarder, proved that there is a multitude of ways to tackle trash. She  talked  about the amount of trash that is windblown or is rushed through the storm water drainage system that lands in the Malden River, travels to the Mystic River, then to the Boston Harbor into the ocean. There are gargantuan trash vortexes populated by pieces of plastic smaller than paper clips as the trash breaks down in its path toward the ocean.  Unfortunately, we discovered that some residents also illegally dump their trash the banks of our rivers.

The Malden River was once highly polluted and used as a disposal site for riverside industries.  This began to change when  the industries dwindled in the 1920’s. But there are still oil and chemical spills in our local rivers.  The 1972 Clean Water Act has been instrumental in protecting the country’s water bodies. There have been massive remediation efforts such as the Telecom City site (River’s Edge) and the Monsanto site (Encore Casino). But some of the public still  perceive the Malden River as dirty. Another large percentage are not familiar with the river due to lack of public access. The Malden River is walled off from the community by  industrial buildings, chain link fences, and lack of public awareness of its potential as a destination.

Describing a river way as “dirty” has three aspects: The sediment on the bottom of the river; the water column; and the trash littered on its banks.

The sediment on the bottom of the Malden River is contaminated by heavy metals from industrial waste. The Malden River is no longer tidal due to the Amelia Earhart Dam. This settles the contaminants, which pose risk only when disturbed.

The water column is mostly affected by the storm water drainage system. The water quality is compromised within 24 hours of a rainfall of more than .5 inch. The Mystic River Watershed has formulated a recreational flagging system based on a year of water sampling and a resulting algorithm that can predict the water quality.

The litter found on the banks is something that can be remedied by prevention, education and action. That is why community clean-ups can have a positive result in keeping litter out of our water systems.

The Friends of Malden River, the National Park Service, FMRA Consultants, Malden Arts, and the Mystic River Watershed Association have had great success in gathering people together, sharing stories, and eating wonderful barbecue during a Meet and Greet community leader luncheon on Aug. 19.  Through this kind of outreach and education, the group builds awareness of the river and helps residents to realize its current and potential value.

The Rev. Menon of Highrock Malden Church was inspired by the luncheon and organized a cleanup with the Friends of the Malden River.

A  lot of trash was picked up.  We counted 76 bags of trash in addition to miscellaneous items, obviously illegally dumped.  Another major achievement was bringing 100 people to the Malden River and nurturing river and land stewards.

If you would like to get involved, please write to the FriendsoftheMaldenRiver@gmail.com and join our Facebook page for legislative and event updates. 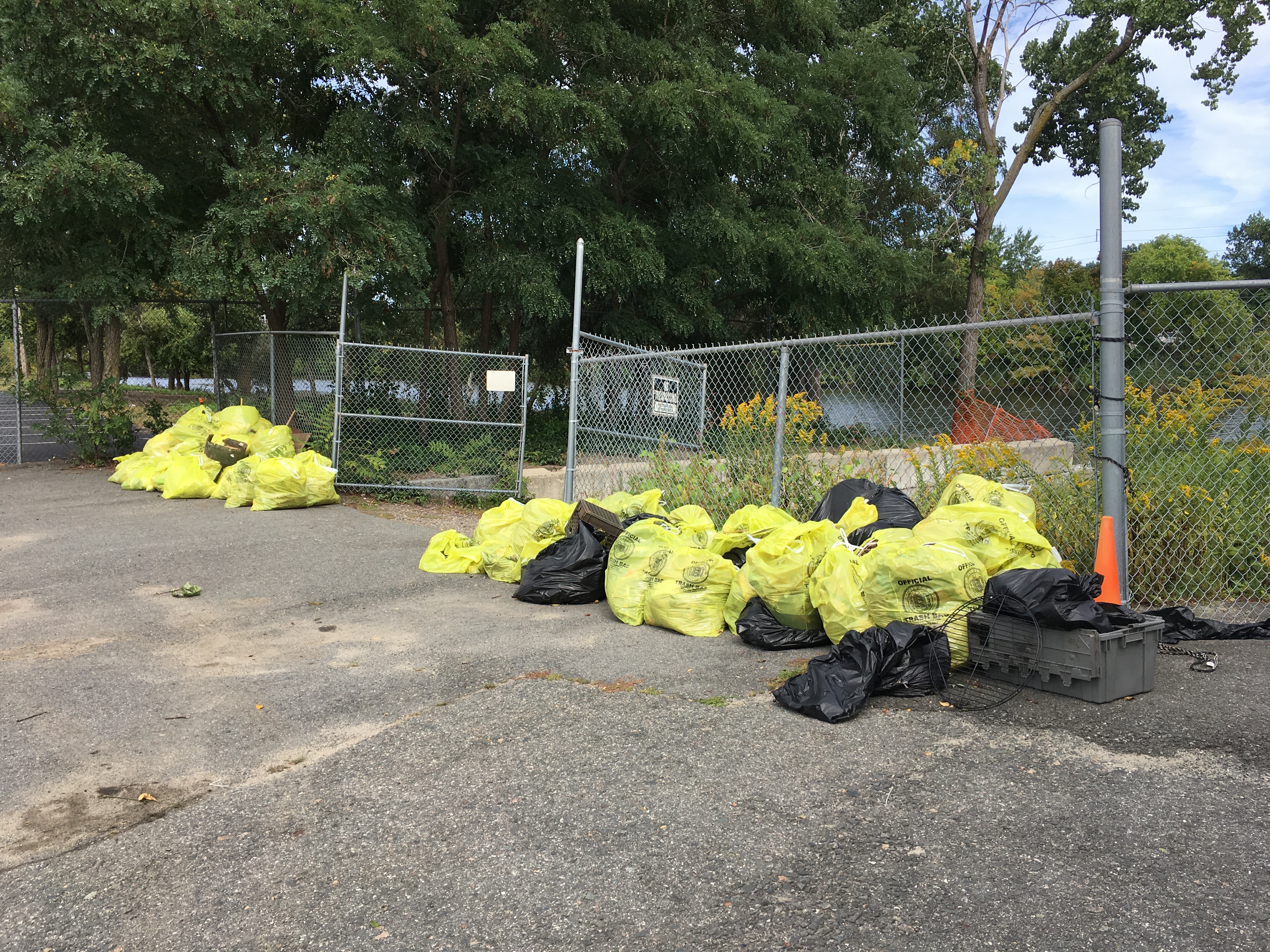 By Prisco Tammaro The 2019 elections in Malden are approaching. The Municipal Election will be held on Tuesday, Nov. 5, 2019. To provide Malden voters with information, Neighborhood View  has been running a series of “Quality of Life” questions and answers with the city council and mayoral candidates. Suggestions for questions were provided via Facebook on a Malden (MA) Politic’s poll; 10 questions were formulated by the moderators in consultation with Neighborhood View and sent to all  candidates. Each candidate was given 150 words to respond to each question. Every effort was made to reach out to every candidate. Below are answers to Question 9 and 10. Question 9 focuses on political philosophy and Question 10 asks about campaign committees.  Please note: all opinions here are those of the candidates and Neighborhood View has not checked the accuracy of these comments. See links for previous questions at the bottom of this page.  QUESTION 9: As an elected official, what is your philosophy? Is it your responsibility to follow the will of the voters […]

For eyes and ears only

The cross section between visual art and music, for classical pianist Yelena Beriyeva, is in many ways second nature. “What is in common between [visual] artists and musicians is they all get to create,” Beriyeva said. In the spring of 2016, visual artists came together to attend a performance of classical composer Modest Petrovich Mussorgsky’s “Pictures at an Exhibition.” From the artists present at the workshop, and many more, over 40 inspired pieces of visual art were born. On Nov. 5, 2016 at Jenkins Auditorium at Malden High School, Beriyeva performed the renowned “Pictures at an Exhibition” to the backdrop of all the work created from the artists using the music as inspiration. The interesting part is Mussorgsky’s piece, Beriyeva said, was first inspired by visual art. With the passing of an artist friend, Mussorgsky wrote “Pictures at an Exhibition” through the careful study of his late friend’s artwork. “[Mussorgsky] basically dedicated this piece to a friend he lost to a sickness,” Beriyeva said. “We did it in the reverse. We tried to paint based on music.” […]

At age 18, Jaden Brito White was shot to death outside of his home in Malden. His family and friends describe what it was like to have him in their lives and mourn his loss a year after his death. By Saliha Bayrak Jaden Brito White was known for his contagious laugh, kind heart, and love for his family and friends that he made abundantly clear before his life was cut short on Dec. 29, 2020. Jaden and his mother, Nicole Brito White, would constantly tell each other “I love you” throughout the day, any time one of them entered the room. “I miss walking in the door and hearing ‘Hi mom. I love you,’” Nicole said. Nicole speaks highly of her late son, not only because of a mother’s bias, but because of the countless people in the community who have approached her after his passing and shared stories of how Jaden influenced them. “I realized that he touched almost this entire city,” she said. “He was an honorable person, he was trustworthy. He […]