Malden’s ARTLine will get three new additions this month, when installations by Colin Selig and Joe Malesky, and a mural by Clay Larsen are officially unveiled on Thursday, June 20, at 5:30 p.m., opposite 195 Canal Street. The public is invited to see the art and meet the artists, who will all speak at the event.

The two sculptors bring different visions to Malden, but both are devoted to the arts.

“I am still a little kid,” sculptor Joe Malesky admitted in an interview. When he was growing up, kids played outside, made toys, fixed things, and had a lot of people around to help them. “We improvised,” he recalled.

A Detroit native, Malesky spent part of his childhood in the Motor City; he also spent time on a farm in southern Illinois. Both city and country have influenced his sensibilities. The last 40 years of his life have been in Springfield, Missouri, first as a machinist in small fabrication shops, and now as a sculptor.

Malesky works mainly with structural grade steel. He picks up scrap on walks in the woods. The pieces might sit for a year or two in his studio until he pictures in his mind what it is going to be. Everything is potentially art.

Malesky was happy to throw away his rulers and micrometer and work abstractly with no measuring. Sometimes interesting rocks or pieces of wood find their way into his sculptures.

When Malesky retired, he bought watercolors and oil paints determined to get into art. He barely remembered the one art class he had in high school and after one watercolor lesson he abandoned the paints and went back to his love of welding. “I took every shop class I could, spent extra time, and received a lot of encouragement.”

“I was selling small sculptures at a flea market when Emmet Kelley’s grandson walked by. ‘Your work should be in an art gallery,’ he said to me. We can all be encouraging to someone and not even know it.”

“The first art show where I entered my work, my peers voted me Best of Show. That is when I said, ‘I am an artist.’ It took me until age 63 to say it.”

Malesky also serves as vice-president of the Springfield Sculpture Walk which is showing 28 sculptures this year from across the United States. “It beautifies the city and is free for all,” he said. 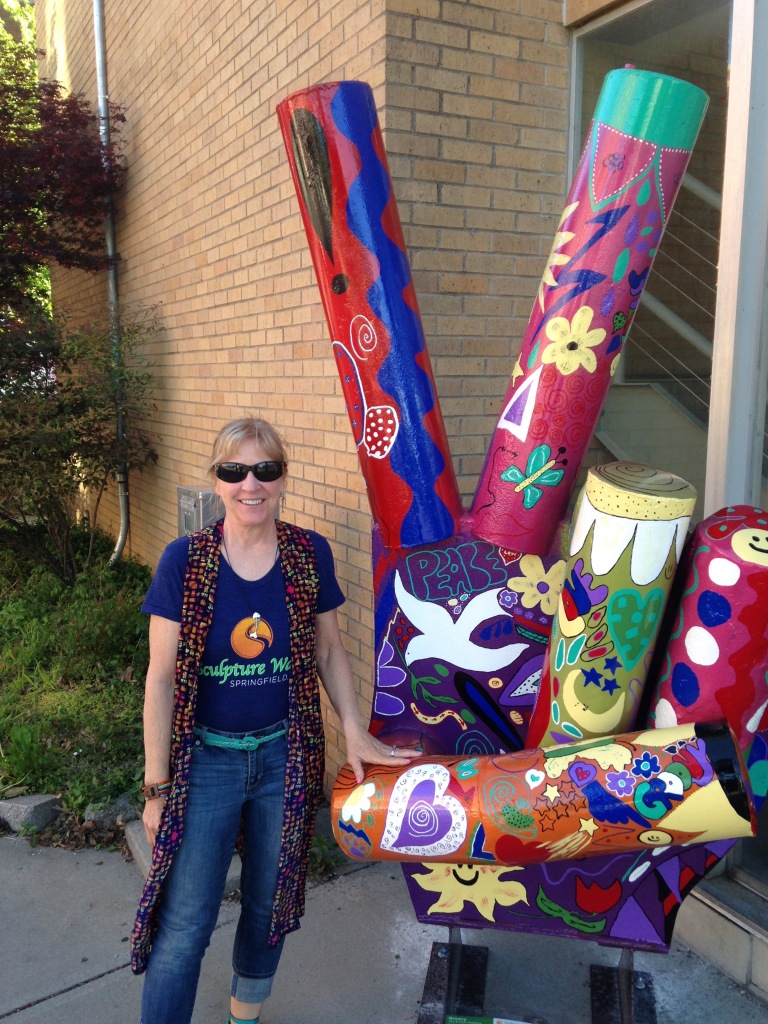 An integral partner in Joe’s work is his wife, Terry Malesky. Together they have built five homes  over the years. Terry adds color to the sculptures, advises on gestures like the tilt of a head, handles social media and contributes to the growing list of sculpture ideas.

“None of the 5 homes we built together were with plans or blueprints. I really wish you could see in person as there is so many textures and special touches. I told Joe this morning as I take these pics, I fall in love with our home all over again!!” said Terry Malesky. For a look at the Malesky home see this YouTube video.

Joe and Terry have recently placed sculptures in Colorado, Illinois, and Kansas, but this is their first time in Massachusetts. They are driving the sculpture from Missouri and then spending a little time cycling in New England.

Newton-born sculptor Colin Selig will be in Malden on June 20 to unveil bench on the Northern Strand Community Trail.

When Colin Selig was growing up in Newton his parents were ecology-minded. They began to have second thoughts when Colin began searching through the neighbors’ trash cans on his way home from elementary school, bringing home appliances and furniture to repair. At parties in his family home, neighbors sometimes would recognize a lamp or a bathroom scale.

Selig is a graduate of Tufts University in philosophy and took courses at the nearby Museum of Fine Arts in Boston. He later apprenticed with a race-car fabricator and studied with sculptor, Michio Ihara, in Concord, Mass. 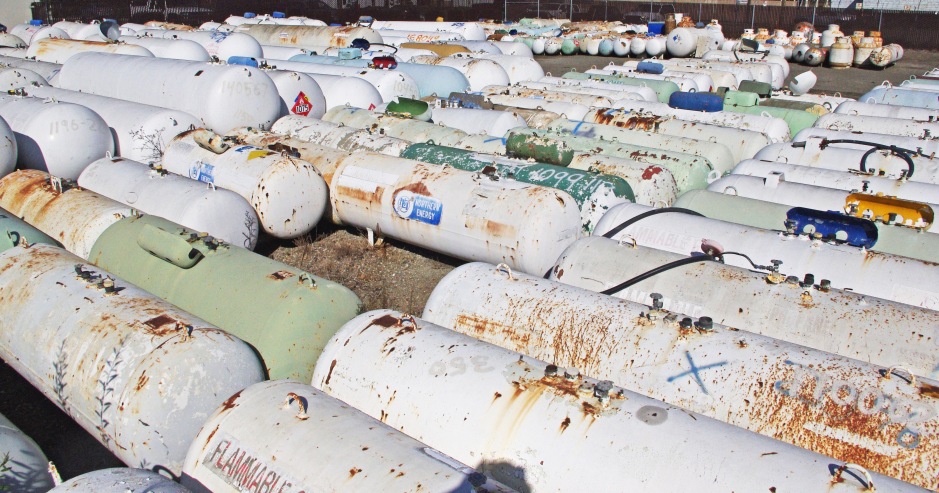 Scrap propane tanks are readily available because of their short life due to strict regulations.

In  2010 he found a junk propane tank in a stream on his property near San Francisco and his current journey began. Selig respected the energy that it took to form thick steel into this curved form. How could this tank be dissected into pieces of a seat, he asked himself. He was challenged by design and ecology. How could he take utilitarian objects and transform them into something sensuous and comfortable?

Selig emptied the tank of gas and began to weld. He asked friends of all shapes and sizes to try out first a bench, then a loveseat, and finally two chairs. He made four seats in total from that first tank. All that was left was a crate of scraps.

Thousands have now experienced the surprising comfort of Selig’s benches which are found all around the country. The ARTLine has commissioned Selig for three of his benches to be placed along the Northern Strand Community Trail.

This crate of scraps was all that was left after Selig cut up the first propane tank into 2 benches and 2 seats.

Selig has received a utility patent for his process. With propane tanks having a short life span because of strict regulations, they are readily available within a 100-mile radius of Selig’s studio. Because his process relies on electricity to cut and not heat to reform, the carbon footprint is low resulting in a 99% post consumer repurposed object.

Sustainable design with a touch of whimsy is Selig’s goal. His inspirations include  Spanish architect and artist Antoni Gaudi, Alexander Calder,  Eames furniture, the asymmetry of Victorian furniture and the sensuous lines of classic sports cars and don’t forget Dr. Seuss for that whimsy.

A bench created by Selig.

The goal of the ARTLine is to develop a premier public art gallery with miles of professional murals, sculptures and community hubs. These hubs will feature gathering spaces with bursts of art, greenscapes, and pedestrian and bicycle accommodations.

Malesky and Selig were among the 120 artists from across the United States who answered ARTLine’s call to artists. Entries were  juried by a team consisting of a graphic designer, an artist, an art educator, a small business owner, and a community organizer. Funding came donations from Malden residents, the Mayor and many city councilors, local business leaders, the MRA, a matching grant from Patronicity/Mass Development, a line item in the state budget and a CPC grant.

In addition to the art being unveiled on June 20, three more murals, benches and a pocket park will be installed this summer and fall to complete phase one of the ARTLine.

Walls are still needed for phase 2 of the ARTLine. If your business has a wall near the trail, contact Malden Arts for more information.

Photos used by permission of artists.