On June 4, over 60 residents and city officials of the tri-city area came to the Macarrio Room of the Malden Public Library to show their support for the Malden River.  The Friends of Malden River petitioned Honeywell Inc. to inform the public of their corporate history (through Allied Chemical and Dye) with the river, their recent cleanup work, and their future intentions for 378 Commercial St. in Malden.

Why summon Honeywell to Malden?

EkOngKar Singh Khalsa, executive director of the Mystic River Watershed Association, comments that Honeywell doesn’t own the property: “But … owns the problem.”

The Friends of the Malden River, a grassroots community advocacy group, utilized Massachusetts laws in order to create transparency in regards to toxic chemical monitoring for Honeywell’s site, 378 Commercial St.  This location has been dubbed as one of the most contaminated sites on the Malden River.  Honeywell, Inc. is obligated by the law to publicly present their past, present and future plans to monitor this polluted site. 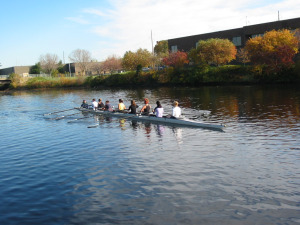 The Malden High School crew team came to the meeting.  Their presence represented the youth affected by historical misuse of our natural resources.

Terrica Dang, one of the captains, tells me about the team’s experiences on the river. “Whenever we talk to other people about crew and rowing on the river, we always get mixed reactions,” Dang laments. “People are usually interested in what the crew team does and what the sport is about but they question the cleanliness of the river and whether or not it’s actually safe. Whenever other crew teams come down and they try to do a coxswain toss (throwing a coxswain into the river) after a victory, we always have to tell them not to.”

The Malden River was used heavily by industry in the late 1800s through mid 1960s.  Allied Chemical and Dye (who purchased  Honeywell, Inc. in 1999 and adopted the incorporated name) manufactured roofing and coal tar materials.  The production of these materials also produce many toxic chemicals and heavy metals.   Different toxic by-products have been detected in the soil, including extremely high levels of naphthalene (think of mothballs).

During a mandated 2008 cleanup, 11,000 cubic yards of coal tar impacted soil was removed from the Little Creek bank which was re-vegetated with native plants.  On this nine acre site, there is an 115,000 square foot building and an asphalt parking lot that cover more of the toxic soil.  The less feasible alternative of building removal resulted in a temporary release that requires once every five-year testing of monitoring wells.

The Friends of the Malden River’s main concern is whether the toxins are still leaching into the Malden River.  One of the greatest questions is whether Honeywell will explore that possibility and remedy it if necessary.  The Friends’ quest is for a complete cleanup and total remediation for a cleaner river.  The ultimate goal is for unlimited public use.

Before the Moose Regatta, when other crew teams come to the Malden River to compete, the crew team does a major clean up of the shore line of Malden River.  I visited the competition site before the regatta and the amount of litter was immense. One team member was assigned to poop duty.  He spent too long cleaning up dog excrement.  The river bank was litter free by the day of the regatta.  The team left the river bank spotless after a long day of hosting over 15 teams.

“Although a lot of people may think of the river as one of the dirtiest rivers out there, the river is my second home during crew season,” Dang continues. 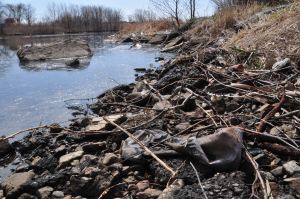 “It’s the place where I won my first gold medal for crew and I spend so much time there it is unbelievable. The one thing I regret most about the river is that I am unable to dunk my hands in the water like I do with other rivers at away regattas. But, I am grateful that the river is here so it can give urban cities like Malden, Somerville, Everett and Medford a place to have high school kids row and take up on a sport that isn’t available everywhere. We have had many successes on this river and all I can hope for my senior year is to have many more,” she sums it up.

Dang’s story is one of the many reasons why the Friends of Malden River want to speak up for the river, since it has lost its voice centuries ago. —Karen Buck 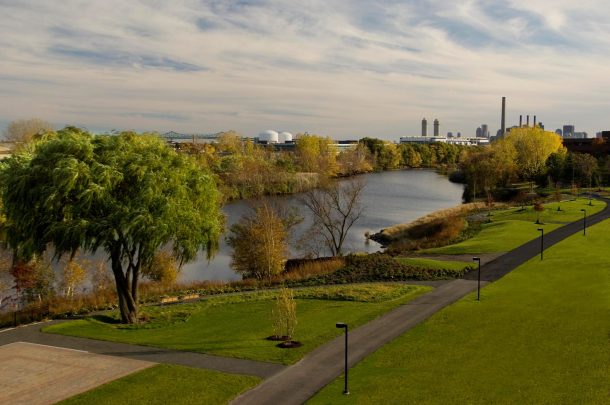