The Malden Reads Book Selection Committee has been busy reading all summer as they considered the contenders for the 2017 pick.

The popular One City, One Book program will be entering its seventh year of promoting literacy, encouraging a love of reading and building community in the city of Malden. The program is organized collaboratively by MATV, Malden’s Media Center, and the Malden Public Library in collaboration with a dynamic group of community volunteers.

Whittled down from a long list of suggestions from the community, here are the top 10 contenders: 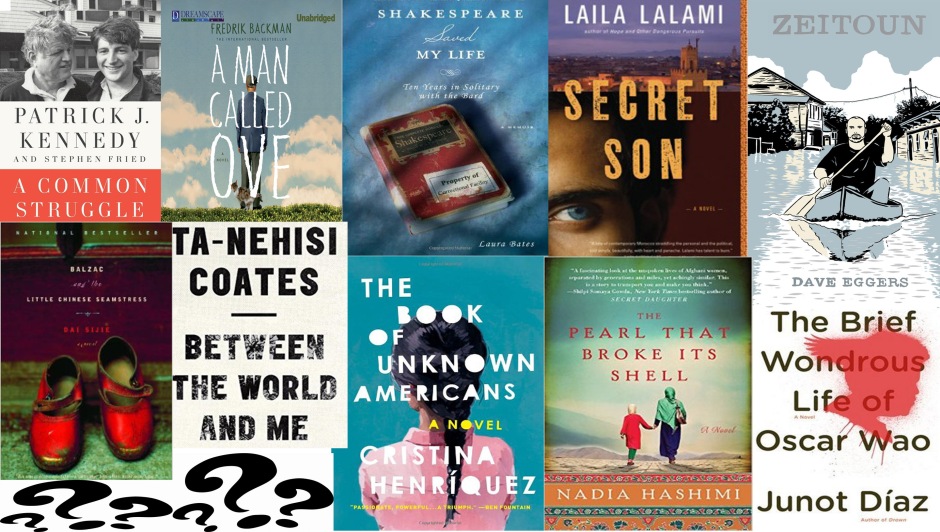 Between the World and Me by Ta-Nehisi Coates
Using letters to his teenage son, Coates talks in lyrical, yet uncompromising, prose about race in America and how it has shaped our history. 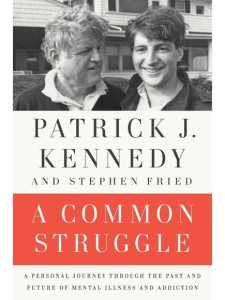 A Common Struggle: A Personal Journey Through the Past and Future of Mental Illness and Addiction by Patrick J. Kennedy, Stephen Fried
The youngest son of Ted Kennedy describes his personal and political struggle with addiction and the hidden damage to his famous family. 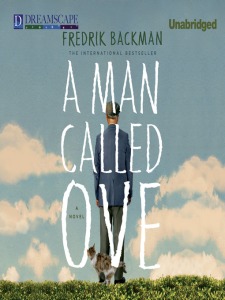 A Man Called Ove by Frederik Backman
A grumpy old man finds his solitary world turned on its head when a boisterous young family moves in next door, proving how human connection and the support of your community can truly save us. 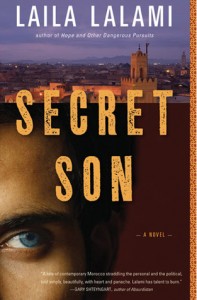 The Secret Son by Laila Lalami
The story of a young man, raised by his mother in the slums of Casablanca, who discovers the father and a life of luxury he never thought he’d find. When his fortunes are reversed he becomes an easy target for an extremist religious group.

Shakespeare Saved My Life: Ten Years in Solitary with the Bard by Laura Bates
In a testament to the transformative power of literature, Bates tells the true story of Larry, whom she studied in a supermax prison near Chicago. Larry, poorly educated and in solitary for ten years, had never heard of Shakespeare, but the Bard’s tales and characters profoundly reshaped his life.

Zeitoun by Dave Eggers
The real-life story of an American Muslim family, owners of a painting business in New Orleans when hurricane Katrina hit. Eggers tells of the husband’s efforts to save people and animals from the floods and his subsequent arrest on terrorism charges. 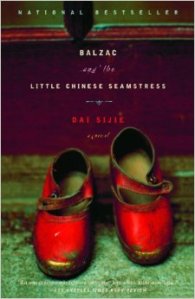 Balzac and the Little Chinese Seamstress by Dai Sijie
Two boys are banished to the countryside during the Chinese Cultural Revolution and discover, not only a beautiful girl, but a stash of translated books – Western classics, which transport them to another world.

The Book of Unknown Americans by Christina Henriquez
When a girl from Mexico moves into Mayor’s apartment building in Maryland, his teenaged life and that of his family’s is turned upside down. The story is interspersed with brief portraits of other interesting characters from in the building, and their stories of coming to the US. 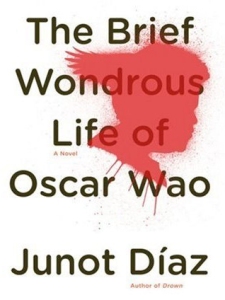 The Brief Wondrous Life of Oscar Wao by Juno Díaz
Oscar never gets what he wants because of the ancient curse on his family, until the summer he decides to be the last victim in his family’s long story of prison, torture, tragedy and ill-starred love.

The Pearl that Broke Its Shell by Nadia Hashimi
Forbidden from attending school, young Rahima adopts an ancient Afghan custom and dresses as a boy in order to gain an education and help her family. Her story echoes that of her great-aunt a century before, and their stories are interwoven as Rahima faces an uncertain future.

The folks from Malden Reads love sharing good stories and good food with the community! Malden Reads volunteers told the “stone soup” folktale to children attending the Housing Families Saturday school program on November 18, 2017. This folktale tells about a young child who asks for a bite to eat, and through a “magic stone,” a delicious meal is created together (other cultures show soldiers or villagers; the beauty of the story is that there are so many versions!). After listening to the story, children had the opportunity to chop up vegetables and prepare soup to be enjoyed together. Volunteers also led the children in an activity of creating their own vegetable stick-puppets. Thanks to the generosity of the Malden Kiwanis, a donation of 400 books was given to the children as well. They each got to choose the books they wanted. We encourage our neighbors in Malden to consider a donation to Housing Families this holiday season, or to reach out if in need. Contact Housing Families at 781-322-9119 or through housingfamilies.org. Malden Reads is […]

Malden Reads: One City, One Book

What if all of Malden read the same book? Malden Reads is a community reading program that seeks to answer that question. Organized by community groups, city leaders, and residents, in collaboration with the Malden Public Library and Malden Access TV, the program invites the community to read the same book and participate in a series of events related to the book’s themes. The goal is to encourage reading, promote the library and other city resources, and build community. The opening celebration is Tuesday, Feb. 20 from 6:30-8:30 p.m. at the Converse Memorial Building. The book? “The Immortal Life of Henrietta Lacks,” a science journalist who brought to light an important person and issue through her curiosity and reporting. The Malden Reads launch kicks off Malden Access Television’s (MATV) citizen journalism project.

By Martha Bezzat Malden Reads, a community organization with the mission of literature for all, will launch its 2022 season with a kick-off event at the Winter Festival on Dec. 4 that showcases this year’s selection: An American Sunrise: Poems by Joy Harjo, the first Indigenous Poet Laureate of the United States. Malden Reads members are excited about the opportunity to showcase a book by an Indigenous author. “This is going to be a very unique reading experience,” said Meredith, a self-described “recent recruit” to Malden Reads. Meredith is an alum from NYC’s New School with a background in the poetry performance arts scene, which includes poetry readings and slams. “It’s a very different experience than reading a core curriculum by mostly white people. It will highlight the differences between Indigenous and colonial writing. It’s a great shift in perspective,” she continued. Felicia Ryan, another first-year steering committee member, said, “It’s a brave choice because poetry can be off-putting for people but this book of poems is extremely accessible for people.” Highlighting Malden Reads’ role […]