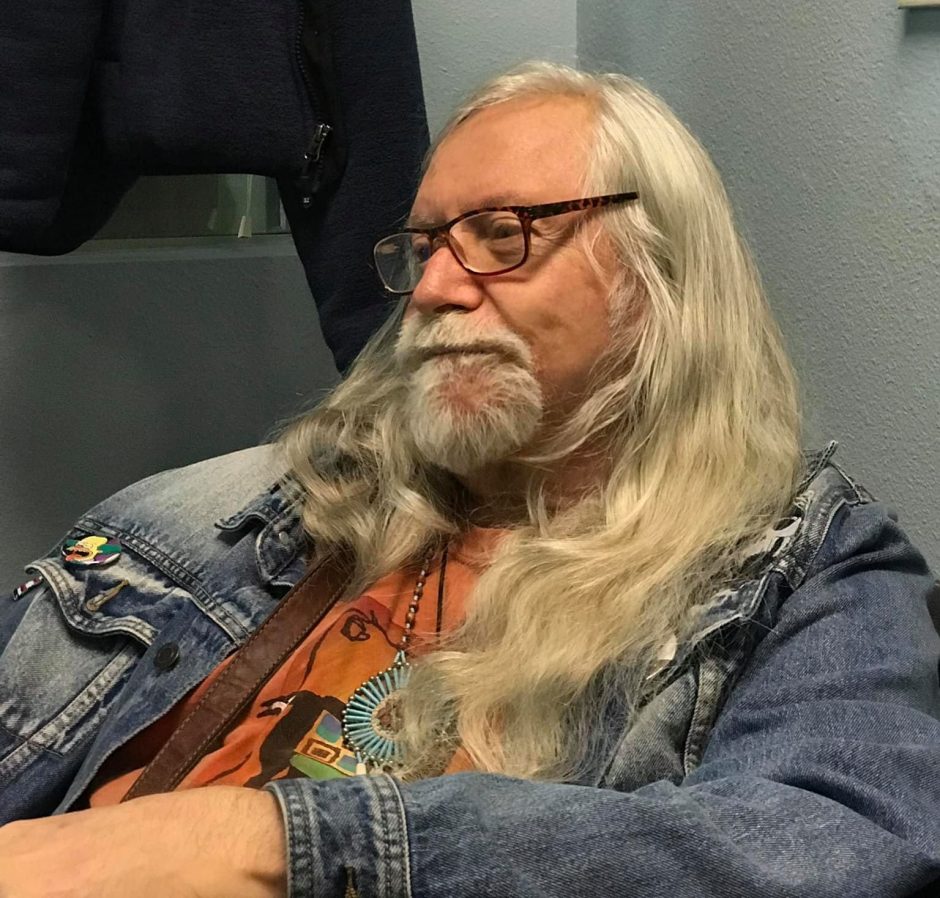 Fifty years ago in 1969, a song was released that has become a quintessential guitar track for movies, TV, and advertising; it still receives radio play today.  “Spirit in the Sky” was composed and performed by Malden-born artist Norman Greenbaum, who is one of a handful of musicians who has made a lifetime of earnings from one song.

Malden Arts ARTLine is planning a spectacular tribute to Greenbaum and “Spirit in the Sky” on this fifty-year anniversary with the painting of a mural to highlight the song on the back of 110 Pleasant Street, facing the Exchange Street side. Painting on the Spirit of the Sky mural has begun and will continue through August. A ribbon-cutting will be held at the site on Oct. 16  with Greenbaum as the honored guest. The Malden community is invited to enjoy the mural and welcome Greenbaum back to his hometown. 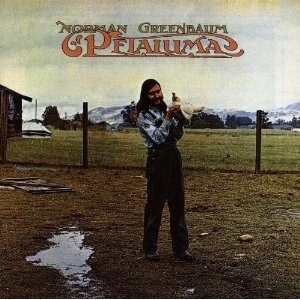 Greenbaum’s third  album cover, taken in back yard of his Penngrove farm and home 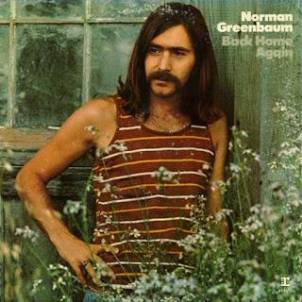 Greenbaum was born at Malden Hospital on November 20, 1942, two months premature. “I couldn’t wait to get started on my career,” Greenbaum quipped in a recent interview with Neighborhood View. He grew up in Suffolk Square in a three-story house on Lisbon Street. Lisbon Street is now the back of strip mall, and a dumpster sits where the family home once stood.

“On the first floor lived Grandma Sarah and Grandpa Chiel. On the second floor, Aunt Jean and Sam Belson and son Roy. On the third floor, my mom Esther, dad Harry, older sister Gloria and me,” Greenbaum recalled.

Norman as a child in Malden

Greenbaum’s family were bakers. His grandfather worked at a wholesale bakery, Malitsky Bakery. His father Harry handled the deliveries and Greenbaum himself helped out on the weekends in the delivery truck. “I have never forgotten Malden,” Greenbaum said. “Suffolk Square had many stores. But they were more individual than big supermarkets. There was a bakery, a fish monger, a chicken-only store, chosen live in the morning, dressed for pickup after school. A produce market, a deli, two pharmacies, a movie theater, a barber, a synagogue, a corner store, an elementary school, five and dime, a dairy store, a beef market, bread only, plus more. Quite terrific, not seen much anymore across America.” 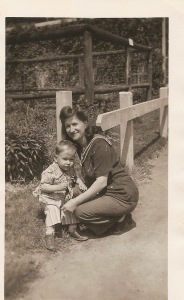 Norman Greenbaum with his mother, Esther

His first job was working “at the soda/ice cream counter at Shan-Lor’s in Suffolk Square. I was president of my fraternity at Malden High in my senior year, 1959-1960. Yes, we had fraternities. I wasn’t into playing sports. I liked [watching] sports and followed the local Boston teams, but for me, I would rather sit and play guitar and write songs. It worked. After two years at Boston University and playing in Boston folk music clubs, I moved to California to find my new life as a rock and roll musician.”

“I formed my first band, Dr. West’s Medicine Show with new-found friends. We were signed to a record label and recorded our first song, which I wrote, The Eggplant That Ate Chicago, which reached #50 on the Billboard Charts. We even came back and performed in a club in Revere Beach. One thing led to another and I was signed as a single artist to Warner Brothers Records after I left Dr. West for a solo career.” 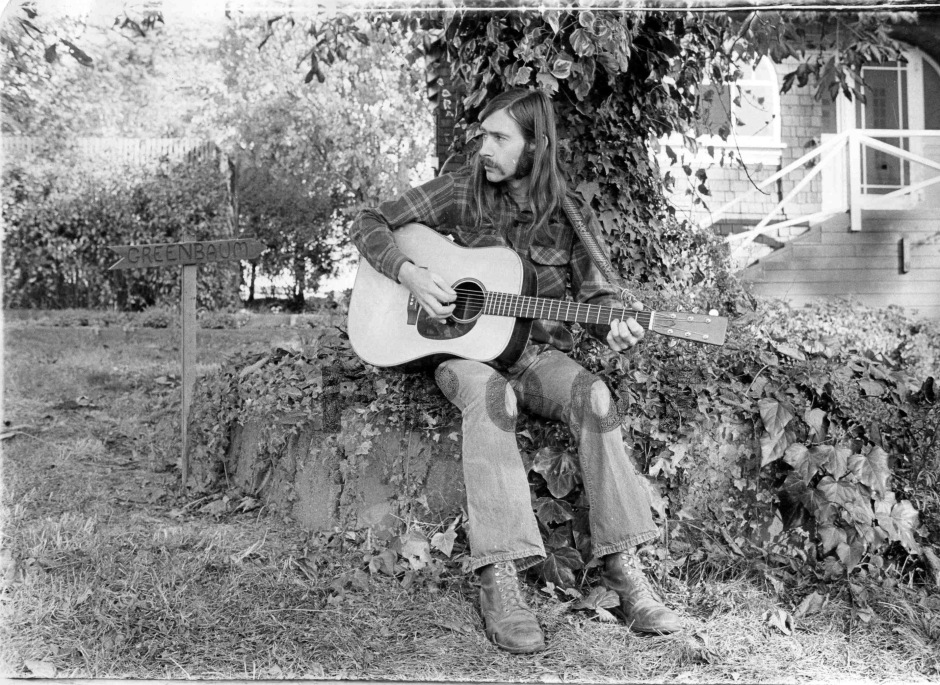 A publicity photo taken in front of Greebaum’s home and farm in Penngrove, Ca.

“The rest is history. It’s been a very interesting life. My dreams have not all come true, but ‘can’t complain’, as my sister always says. My father passed before it [music career] all started. My mother had other aspirations for me, but was very proud that my choice worked out so well and I became famous.”

“Spirit in the Sky” was inspired by Western-themed movies and television shows in which the hero died with his boots on and went to the spirit in the sky, Greenbaum said. Greenbaum had heard a gospel performer, Porter Wagoner, on TV, got out a notepad and wrote the lyrics for “Spirit in the Sky” in 15 minutes. The music was more difficult to write. It wasn’t until he brought in back-up gospel singers, the Stovall Sisters, and traded his acoustic guitar for a Fender Telecaster that it all came together in the studio. 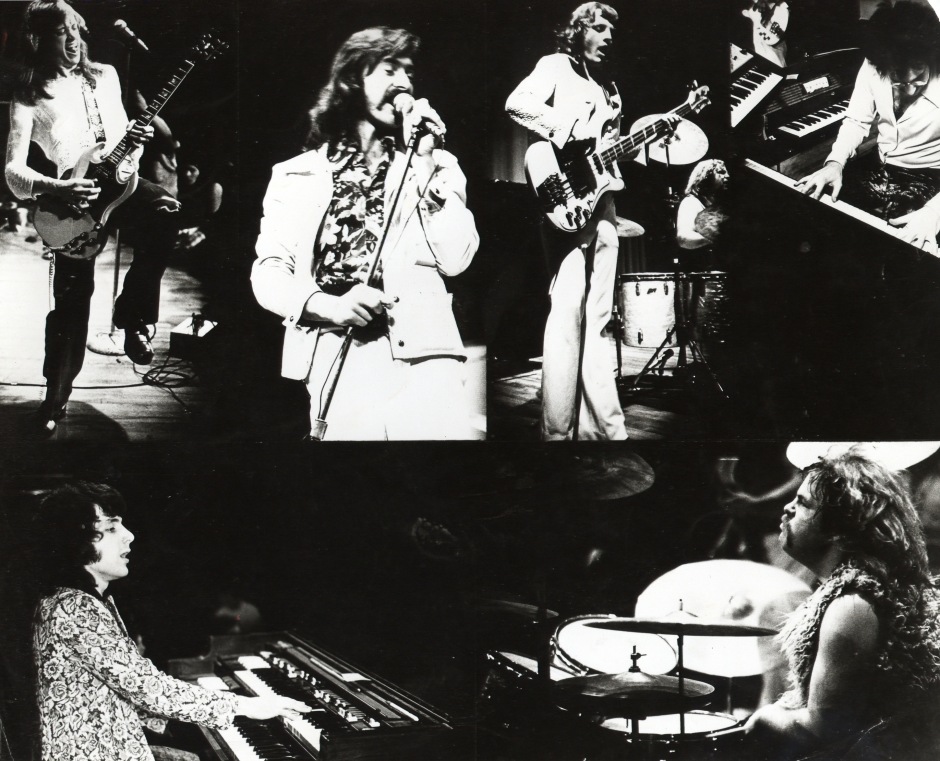 The record company (Reprise) was hesitant to release “Spirit in the Sky” as single. It was four  minutes long, an unheard-of length at that time. It was first released in an album in 1969, but when it was released in 1970 as a single, it was an instant world-wide #1 smash, one of the biggest sellers at that time. It quickly earned a gold record.

Greenbaum wrote and recorded other songs, but by 1980, his music career had fallen apart. Then in 1987, he started to get calls from movie producers who wanted to use “Spirit in the Sky” and the calls have never stopped. Rolling Stone Magazine lists the song as #333 of the top 500 songs of all times. It is one of the most played oldies on radio to this day. It has been featured in over 60 movies and 30 TV commercials, most recently, the 2019 Super Bowl for Audi Automobiles and also a Budweiser beer commercial.

In a New York Times interview in 2006, Ryan O’Rourke, art director for a Portland, Ore.-based  ad agency that created a Nike ad using “Spirit in the Sky” said: “There are two things we look for in a song. One is what is the song’s vibe, what’s the feeling it conveys? And second, does the song’s structure fit the structure of the commercial? ‘Spirit in the Sky’ had two really good things going for it. Almost instinctively when you hear that guitar riff, it communicates to you, ‘Get ready, something fun is coming.’ ”

Greenbaum agrees that the reason for the song’s popularity is simple. “It still sounds good,” he said, “It sounds perfect. It’s a forever song. I’m not a one-hit wonder, but rather a forever artist.”

You can see the “Spirit in the Sky” mural currently in progress at the corner of Exchange & Washington Street. Stay tuned for an upcoming Neighborhood View feature on the artist behind the mural coming soon. (Photo by Sharon Santillo.)

Sharon Santillo is a contributing citizen journalist for Neighborhood View. All photos (unless otherwise indicated) courtesy of Norman Greenbaum.