The holidays may be long over but I’m left with a memory of a special event in my neighborhood, a pop-up (private) party featuring crafts from local artists in the basement of a home transformed into a Moroccan-style bazaar. On behalf of the seven artists that banded together to create this special event, I wanted to share photos and some video highlights that have not yet been shown to the public.

Local artist and community activist Elena Martinez says it all started with a “WHAT IF moment.” She and local artist Bonnie Blanchard were discussing the lack of space where artists could collectively work together. As the holiday time approached, they were looking for venues to sell their work. 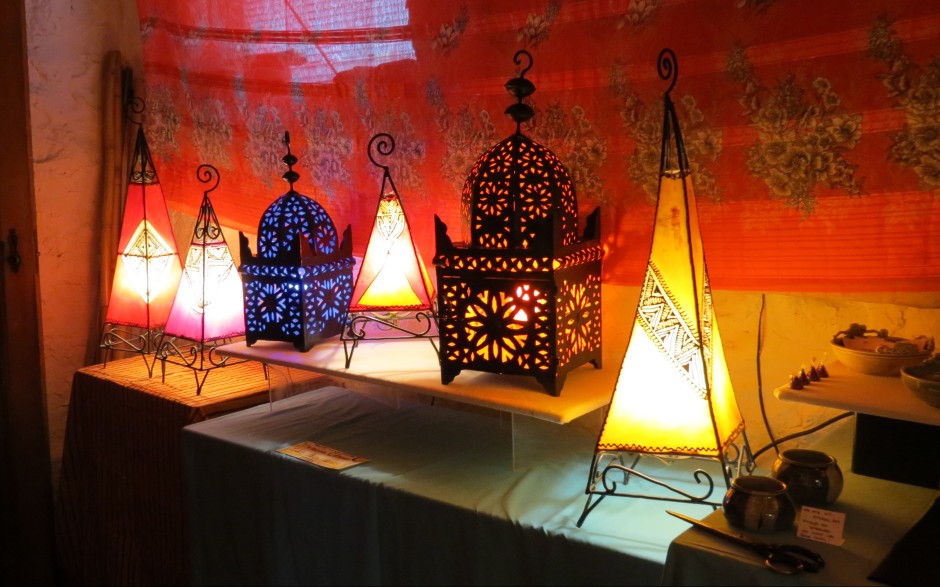 They decided to hold a “pop-up” event in the basement of Bonnie’s home and invite guests to attend. It would be a small neighborhood event that would offer holiday arts and crafts for a two-day stint just before the holiday shopping frenzy began. It would also be a showcase for a handful of locally renowned artists who work hard at their craft, but have few venues to showcase and sell their work.

According to Blanchard, the real work came when they began turning a 1200 square foot basement into a 2-day gallery. “We decided on the idea of creating a Moroccan tent in the middle of a desert!”exclaims Blanchard. “We enlisted a friend of mine who is a qualified master artisan, Addi Ouadderrou, a Malden resident who participated in Window Arts Malden (WAM) and owner of Moroccan Caravan in Somerville.” 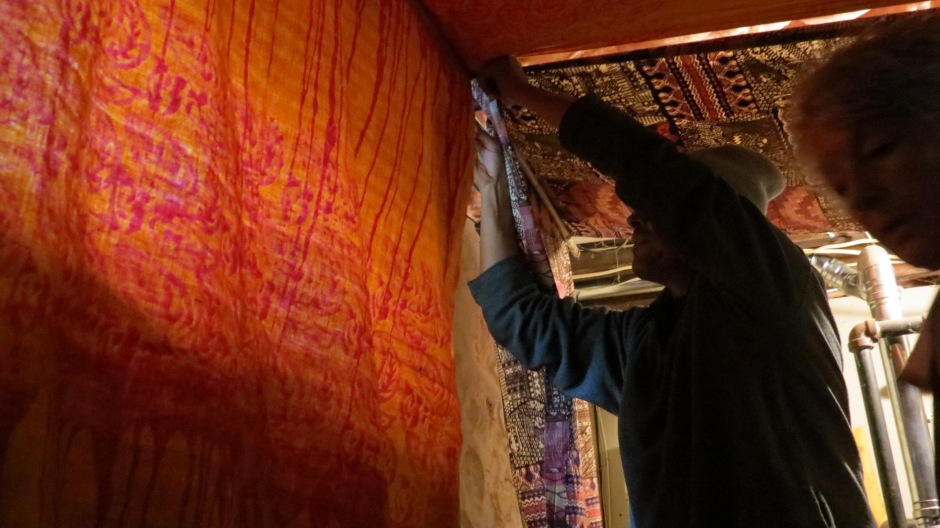 Armed with staple guns, bamboo poles, and yards of fabric, the room began to transform into a colorful bazaar. Says Blanchard, “We moved furniture, painted tables, created nooks and crannies to display the art and turned this space into a gallery with comfortable seating and movement.”

A lighting crew, led by the Friends of Oak Grove Inc. (FOOGI) managed to create an ambience from another space and time.

The second day of the event was enriched by live Moroccan music led by Ouadderrou, also a musician, and his bandmates. 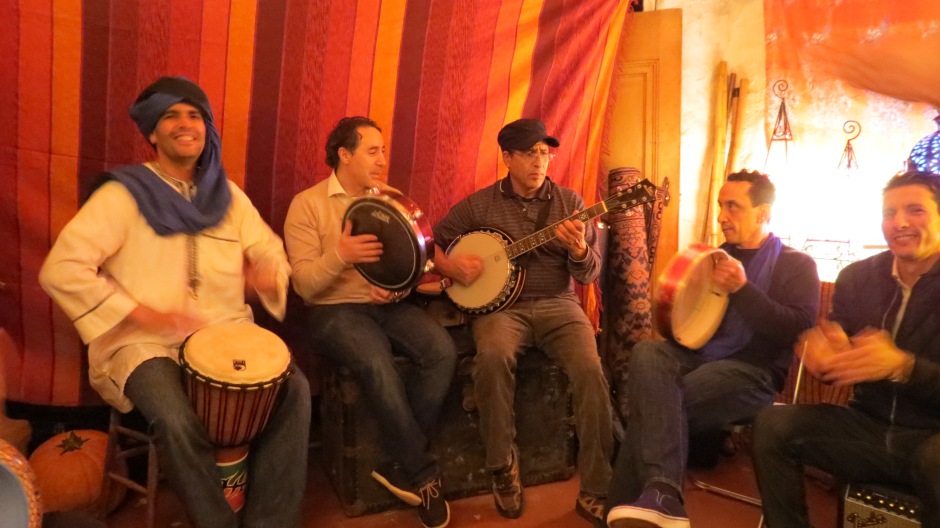 The participating artists were;

The event was so gratifying to the artists and well-received by the attendees that the momentum propelled into a Holiday Marketplace at Luva Hair Salon and Day Spa several weeks later.

Martinez states that artists hope to engage the city in more public events like these. “This was a great experiment in artists creating experiences and events beyond just their craft. What exciting possibilities that holds for Malden!”

Check out this video with camerawork and editing by Karen Lynch:

Could this be the new norm for dance students?

Paula Terenzi Dance Complex managed to pull of a dance recital this past summer working with students remotely. […]

For local Haitians, the pain of tragic events in Haiti continues

By Anne D’Urso-RoseMartha Bezzat and Ose Schwab contributed to this article Right after the devastating earthquake in Haiti on Aug. 14, Nekita Lamour of Malden received a message from her cousin from Jérémie, in the south of Haiti. Her family’s home was completely destroyed and her cousin went into labor when the earthquake started. Her baby son was born the day after the earthquake and she is now living in makeshift housing under tarps with her husband, the new baby and her two other children. “I thought of my half brother and his wife who had a baby right after the 2010 earthquake and were living in the same kind of situation,” Lamour said. “The baby died because of the breezes and the germs that are not conducive to a baby’s health. But I didn’t tell [my cousin] that.” The enormity of Haiti’s suffering can overwhelm any sense of actionable empathy; the island nation has suffered from two massive earthquakes in the last decade and a recent presidential assassination. For non-Haitians, it can be easy […]

By Martha Bezzat For several hundred members of the Greater Malden community, the Saturday before the Martin Luther King holiday was a time to gather at Anthony’s of Malden for the annual Dr. Martin Luther King, Jr. Luncheon. These past two years, the event has been cancelled due to the coronavirus pandemic, and many deeply felt the loss of that tradition. “The North Shore Black Women’s Association’s MLK Jr. Luncheon is all about rejoicing and rededication,” said Adam Weldai, Ward 5 School Committee member. “It has been sorely missed these past two years, especially as the challenges of structural racism and inequality that so many have known and lived for so long have been brought to the forefront for those who it was less familiar to.” He added, “The luncheons, through speakers, song, and moments of reflection give us a chance to be among a caring community, remind us how connected we truly are, and give us the joy and strength to move forward with the work that needs to be done.” For 27 years, […]